As expected, the Senate betrayed workers everywhere and passed the corporate cheap labor laden immigration bill and now lobbyists are pushing it to pass the House before voters can react in 2014.  America's workers only hope now lies with Republicans, not exactly known for their labor friendly agenda.  The situation is bleak.  Even the AFL-CIO has sold out U.S. technical workers as well as low wage workers and endorsed the Senate bill.

While the Wall Street Journal tries to claim software engineer is the best job, whistle blower Jay Palmer is blowing the lid off the dire straights most American technical workers are facing today. We have brazen labor arbitrage through abuse of the United States foreign guest worker system. American workers with college degrees, high skills and years of experience, are either fired or not hired. Systemically U.S. STEM labor is displaced and replaced by cheap foreign guest workers, some on immigration visas which are not even legal.

Howz that globalization workin' out fer ya? A new National Science Board report, Science and Engineering Indicators 2012, finally shows some bleak statistics for American Scientists and Engineers. High-technology manufacturing has lost 28% of jobs since a 2000 employment high of 2.5 million. That's 687,000 jobs. Below is the NSB report graph of the drop in high-tech manufacturing employment for the last decade. 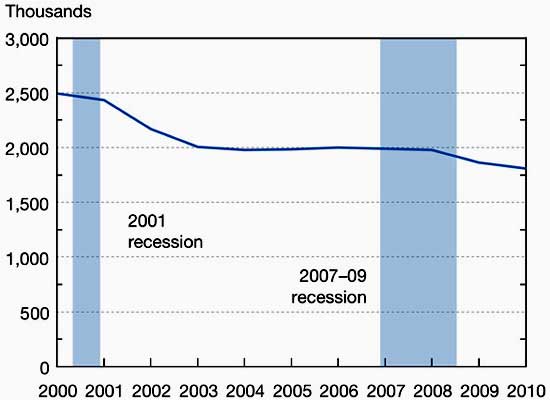 U.S. employment in high-technology manufacturing reached a peak in 2000, with 2.5 million jobs. The recession of 2001 provided the first big hit causing “substantial and permanent” job losses, the report said. By the end of the decade, more than a quarter of the jobs were gone.

We’re seeing the result in the very real, and substantial, loss of good jobs 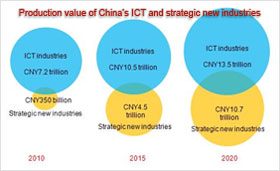 Did you know China has a five year plan? They do and it's a doozy according to a U.S. – China Economic and Security Review Commission. Yup, China has a strategy in play and it's on Indigenous Innovation and Technology Transfers, and Outsourcing. From the opening statement:

Since 1953, the Communist Party of China has used a series of five-year plans to guide China’s economic and social development. In its newly-adopted 12th Five-Year Plan China makes clear that it hopes to move up the manufacturing value chain by making explicit mention of Strategic Emerging Industries, which the Chinese government would like to see dominated by Chinese firms. These industries are: New-generation information technology, high-end equipment manufacturing, advanced materials, alternative-fuel cars, energy conservation and environmental protection, alternative energy, and biotechnology. China’s goal is to take the Strategic Emerging Industries from a current combined share of 3% of Chinese GDP to 8% by 2015 and 15% by 2020.

Anyone name America's 5 year plan? Beyond destroying the U.S. middle class and American workforce, can anyone even think of one? China, on the other hand, is methodically going about dominating a host of advanced technology industries and capturing our jobs in that process.

I went in for an interview for a job last week for which a recruiter from a local recruiting firm had submitted my resume. The recruiter had already placed someone from India in this particular downtown Seattle company about a month before. In fact, the Indian made note of all the interview questions that he was asked in order to get the job, and forwarded those questions, with the answers, to the recruiter in an email. This cheat-sheet was then forwarded to me via the recruiter, and I was even given contact information for this Indian so that I may get a first hand interview prep if desired.