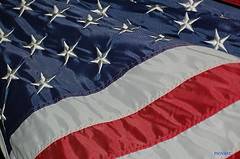 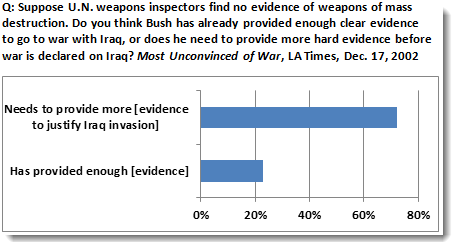 We, The People, need to work a lot harder at being good citizens. We are responsible for the mess we are in because we have focused on material wealth and immediate gratification rather than grasping the fact that we are stewards of our childrens future. We have "chosen poorly," and the bill is due.
Wisdom is our only hope. Wisdom is the freedom and ability to make the kinds of decisions that move our life forward and benefit the planet."
Read Already Wise: Our Inborn Ability to Make the Best CHoices" available as a e-book at Smashwords.com

A nation-state was supposedly an organized group of people, citizens, by birth or naturalized who as a group stood up for their common interests.

That entire concept seems to be lost. I keep wondering about loyalty. It runs very deep in America, people love their country...so while they go off to war, almost blinded and stick by the U.S.....powers that be sell her off to the highest bidder.

"A nation-state was supposedly an organized group of people, citizens, by birth or naturalized who as a group stood up for their common interests." -- Robert Oak

Anybody remember the high-toned arguments in favor of ending "trade barriers" back in the 1990s? The highbrow argument was that nation-states would dissolve and, since wars had always been between nation-states, the WTO system would spell the end of warfare around the world. The corresponding lowbrow (actually hitting below the belt) argument was and is that if you oppose fast-track "free" trade, that proves you are a racist, or, it proves that you are an economic coward, afraid of competing to make a living.

Another claim for the emerging WTO world-system was that democracy would break out all over, following the growth everywhere of middle classes. This in turn would mean greater civil liberties for everyone in all nations.

Soon, everything was to be so wonderful

that national borders would become superfluous

through any major metropolitan area in the world

"Oh, look at that sign, we just entered People's Republic of Korea, I never would have noticed. Looks exactly like Los Angeles, doesn't it? There's Homey's Burgers! Oh, and look! There's an ATM on the corner! We can get rid of all our old dollars there!"

The WTO world system was sold to us by the same professionals using the same marketing tools as are used to sell cars or computers. It was a carefully planned campaign, fueled by profits already gained (since the 1950s) through labor arbitrage and emergent global finance-capitalism, based on fractional-reserve central banking.

The campaign was global. In the U.S.A., it was a matter of buying the Supreme Court, the Congress and the White House ... and selling the people. It wasn't necessary to convince a majority of the people, because it was easier to assure that no poll results would be published widely showing that the people were opposed to the removal of trade barriers. All that was necessary was enough support from academia and from the mass media, that the illusion of public support was great enough that buying of the institutions of democratic government went mostly unnoticed.

There are as many problems today as there were and are holes in the arguments of pro-WTO propagandists.

Among the problems is one huge issue, namely, that the institutions of democracy -- including civil liberty, regulated markets and representative government -- are struggling to survive in all democratic (small 'd') constitutional nation-states.

Nation-states are the traditional containers of common interests.

Suppose now there is an ideology to go around and break all the bottles, because bottles are selfish, bottles cause wide-spread thirst, and, anyway, it's better to mix all the contents together ("multiculturalism") and let private entities like banks gather the spilled stuff up and put it into cans where it can be kept safely and sold in a free (unregulated) market to everyone.

(Does this remind you of Marxism? Or Nazism? Or any other ideology that claims to be the ultimate reform movement for the entire world through a political agenda?)

This outcome -- breaking all the bottles, mopping up the spilled mix and canning it all to keep it safe and out-of-sight -- is much better than keeping stuff in these old fashioned bottles that are so transparent and also so fragile

Yes! I'll settle for the 1892 platform of the Populist Party!

What happens to our third party movements is that they get sidetracked into cultural issues. Buchanan destroyed the Reform Party in the name of his cultural war. Perot side-stepped all cultural issues. The way to resolve cultural issues is by direct voice of the people ("Initiative and Referendum").

The Populist Party I guess was overtaken by the Progressive Party ("Bull Moose"), which fell into the Third Party spoiler trap by running Teddy Roosevelt (a refugee by now from the GOP), which gave the 1912 election to the progressive-leaning Democrat Woodrow Wilson. Then everything became muddled with World War I. The Sixteenth Amendment (FIT) was finally ratified in February 1913. Shortly thereafter, the Seventeenth Amendment made senatorial elections direct by popular vote. Anti-trust had been in effect for some time, since Teddy Roosevelt's presidency.

By 1920, it was back to business as usual, Democrats versus Republicans, as Prohibition came in and distracted everyone -- winning their peurile victory not by popular vote, not by referendum, but by stampeding of public opinion and aggressive manipulation of the two-party system by a single-interest group.

Huzzah, cultural war! "In the mean time, in between time, ain't we got fun!"

And that's my main example here: Prohibition. No candidate running for office should ever have been asked for an opinion on prohibition! Prohibition was the first great irrelevant wedge issue, where people confused morality with politics.

(History informs us that legislators who voted for prohibition immediately adjourned to a speak-easy or even into the Senate cloakroom for a a bourbon!)
________

The great success story was the Republican Party, which was anything but the Abolitionist Party, although it was formed to represent free labor as the basis of the nation ("Free Soil, Free Labor, Free Men"). However, it is noteworthy that the Republican Party received a tremendous boost from the Supreme Court shortly after the election of 1856, (which Republican John Fremont lost to Democrat James Buchanan), thanks to the Court's radically pro-slavery and mostly unpopular Dred Scott decision.

We pay way too much attention to the presidential circus -- it's part of our silly celebrity culture.

We need much more focus on independents and 'minor' party candidates (winners!) in congressional elections!

That's the key. Also, constitutional amendments! Political structural reform. If you have any black-powder guns, you know how a ramrod works. Try that on the Supreme Court with a Judiciary Reform Amendment. Let them judicial activism their way out of that!

But FIRST ... stop watching that major network news! Bad habit! (If there happens to be anything worth watching, Robert Oak will give the heads-up in his weekend round-ups!)
________

What does this have to do with economics? It's history, relevant to the Federal Reserve Act and the Sixteenth Amendment (FIC). But I admit to my bias -- I would love to see a new Reform Party rise up in this country before I die, fully acknowledging that it may ultimately wipe out one of the two existing parties. (I don't much care which one!)