The Department of Justice filed a civil lawsuit against Standard and Poor's for fraud.  Will the DOJ finally nail credit rating agency Standards and Poor's for slapping AAA ratings on rigged CDOs backed by mortgage toxic waste?   Or will justice be just another slap on the wrist? 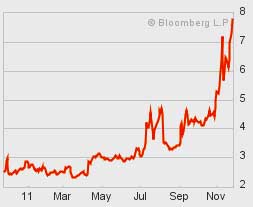 Brought to you by Politicians - Joke's on you huh!

All hail the credit rating agencies. The Dow is tanking, at the time of this post down over 630 points, probably getting hit with margin calls. Gold is over $1700 an ounce. Oil is down $3 dollars a barrel as investors hunt for a place to hide. Currency exchange rates are bouncing. Panic is clear due to high market volumes and the fear index, otherwise known as the VIX, surged 40% in a day. 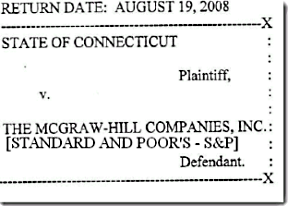