Below is the yearly percent change in the composite-10 and composite-20 Case-Shiller Indices. These are not seasonally adjusted, but comparing from June 2010. As you can see, there is clearly a new decline going on for 2011, although this month, the rate of that decline has slowed. 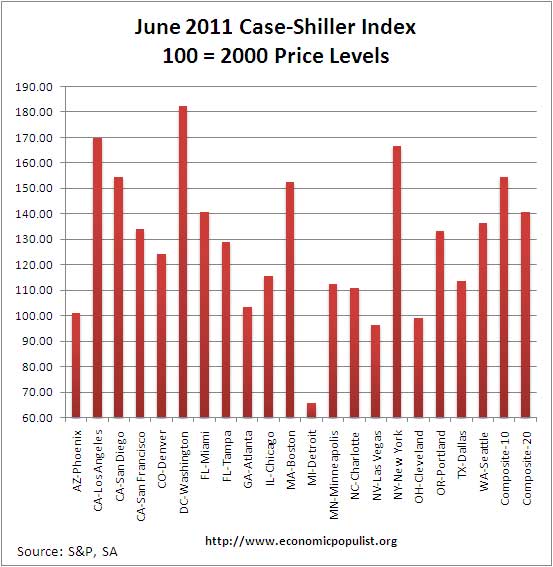 For June 2011, the S&P/Case-Shiller Home Price indexes shows all 20 cities tracked are down for the year.

Below are all of the composite-20 index cities yearly price percentage change, using the seasonally adjusted data. 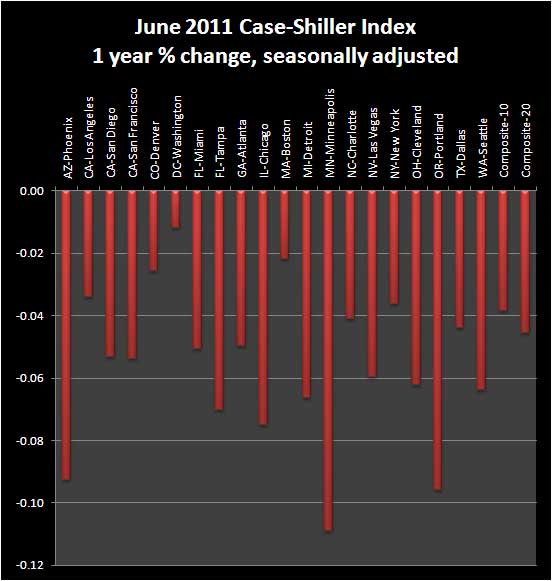 Calculated Risk, has additional custom graphs and data analysis and is the uber site for residential housing, with valid statistical analysis.

It's clear foreclosures and distressed sales are simply blowing up seasonal and not seasonal monthly adjustment data. At the end of Q2 2011, while foreclosure starts were down to Q4 2007 levels, actual delinquencies increased:

S&P also released Q2 2011 results for housing data. Not seasonally adjusted and from their press release: