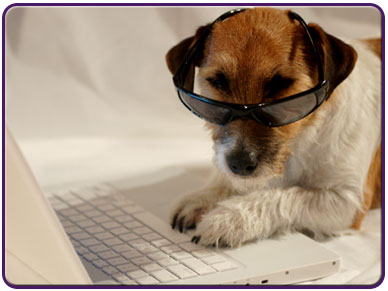 Shock of all shocks, the only ones who don't get U.S. trade policy is hurting American workers along with the economy are journalists & pundits.

"In the latest Wall Street Journal/NBC News poll, more than half of those surveyed, 53%, said free-trade agreements have hurt the U.S. That is up from 46% three years ago and 32% in 1999.

Even Americans most likely to be winners from trade—upper-income, well-educated professionals, whose jobs are less likely to go overseas and whose industries are often buoyed by demand from international markets—are increasingly skeptical."

Evidence journalists are oblivious is the last paragraph. Why denial kicks in is beyond me. Don't they see the statistics and realize the jobs most targeted for offshore outsourcing are the advanced R&D, professional ones? I guess the entire occupational areas of Science, Technology, Engineering and Mathematics don't count.

83% of blue-collar workers agreed that outsourcing of manufacturing to foreign countries with lower wages was a reason the U.S. economy was struggling and more people weren't being hired; no other factor was so often cited for current economic ills. Among professionals and managers, the sentiment was even stronger: 95% of them blamed outsourcing.

The article then continues with the usual blather about how great U.S. trade policy is. I think we need a television show like Hoarders or Intervention with these people and confront them with minor details like Q2 GDP was reduced by -3.50 due to the trade deficit. Yes, that's -3.50 percentage points, all due to imports exceeding exports 4 to 1, bringing us to the meager 1.7% GDP result.

On another note, the unfortunate retraining mantra is back, otherwise known as Stupid Pet Tricks. Politicians must see people as pets. How else can one promote the absurdity of retraining people in lesser skills when they already have advanced skills?

As part of efforts to address record-high levels of long-term unemployment, President Obama plans to announce a new national public-private partnership on Monday to help retrain workers for jobs that are in demand.

This is an absurd blow off, special interests get large funds and contracts, when the reality is Americans already have the skills. Just as an example, while cheap labor multinationals bang the drum claiming there is a tech labor shortage, 20.5 million people have a science or technology bachelors degree in the United States.

Now the Obama administration wants to give money to these very Benedict Arnold companies who offshore outsourced the jobs in the first place? Anyone else remember the days when corporations not only trained people, they retrained them and even sent them to college?

Please! Let's not throw more money down the drain, (more probable, funneled into the pockets of multinational corporations and special interests like rain water down the gutter).

Do they not get that some of the best talent in America has been laid to waste, is sitting idled, is only seen as labor arbitrage cannon fodder instead of the ones who are the reason a corporation was successful in the first place?

on WaPo. Great article and it's completely true, investing in U.S. public works/infrastructure is a grand bargain plus it's a jobs program in so many words so government assuredly should spend more here.

The US Government offshore outsources jobs all the time. Consider a highly specialized, highly technical and rapidly evolving area like Next Generation DNA sequencing. One of the more recent sequencing contracts posted on Fed Biz Ops was given to BGI (Beijing Genomics Institute). I'm sure there was an explanation somewhere as to why they were the only qualified company, but you've got to be suspicious. There are several qualified businesses offering those services in the US, but local wage and benefit cost structures are not competitive with China. So the US Gov contracts the job to China. I can't help but believe this is a "monkey see, monkey do" tragedy, where the line between government and corporations has largely evaporated and they are now both engaged in the very same game of labor arbitrage. So what's the purpose of advocating a government program to invest in high technology jobs that the government will turn right around and offshore? That's a snake eating its tail issue and until the cycle is broken, it's not going to happen. The people giving out these contracts just see it as getting the best value for their money.

In a case of supreme irony, a foreign scientist who had been working for the NIH on an H1 visa (as a "contractor"), lost his job when they outsourced it to Germany. It's a bizarre world we live in.

I don't have a database of U.S. companies but that surely does sound suspicious and wrong. Additionally we have seen repeatedly, U.S. gov. contracts going abroad and that's absurd. Is it just corruption or "who you know", but how does that happen?

I don't think China is necessarily, the best "bang for the buck", seriously, for example, India the cost savings did not materialize.

> 66% of Americans do not have a BS degree, so Economist's View focused in on these retraining programs vs. the breakdown of the unemployed without a college degree.

Now I think he's not recognizing that people with BS degrees are forced to take jobs which do not require a college degree, thus are counted as employed instead of displaced, and also they count guest workers, so breaking up employment numbers can get some very skewed results...

That said, he is right! You've got this bogus retraining stuff going on when we need jobs. Also hits on my point which is people already have the skills or should simply be trained for the new job, by the company. If they want to give some tax credits for training, great idea, but bottom line is corporations used to train people routinely and expecting people to pay for their own job training is just another corporate welfare dump onto the taxpayer/person program.

Anyway, retraining is so bogus, so smelly, if they really want to retrain people, simply offer full free rides to college, complete with real living expenses and increase, dramatically, all graduate school stipends to at least a real living wage.

Seriously, they can take some of the Vocational Rehabilitation experience, success/failures and adjust, modify, to make a new program, but this one based on economic need.

Also make it a requirement to have U.S. citizenship to obtain these opportunities.

The problem is there are too many people and not enough jobs.

Every 12 seconds our population increases by yet another person. Around 1970, total population was at 200 million. A few years ago there was some press about the US passing 300 million. Now we are near 311 million and counting!

And I believe this includes only a rough estimate of the 15 million or so illegal immigrants ... those that crossed the border illegally or just decided to stay when their visa expired.

At 1 new person every 12 seconds that's 219,000 new persons per month. If we conservatively say that only half of these are working age, then that gives us 105,000 new people being added to the workforce each month.

The US needs to create 105,000 NEW JOBS each month just to keep up with population growth!

The core of US economic problems is there are too many people and not enough jobs.

Census Bureau shows a consistent 4.1 Million Births and 2 million deaths annuslly for over 20 years.
Add Average Legal Immigration of 1 Million and Illegal Immigration of 650K and you get a demand on the labor force of 3.5 Million annually. At some point, the over-medicated population wakes up or starves.

what amazes me is that economists on the left who i agree with like Paul Krugman and Robert Reich don't get it...

in fact Robert Reich has a recent post about a potential backlash brewing against free trade from the left and far right tea baggers ... he goes on to say that any type of tariffs will be a repeat of Smoot hawley ...

but in the same breadth claims we need to create good jobs... well of course but what will those jobs be? of course Mr. Reich has no real answer but platitudes

this is a new economic model w/o a mfg base... i don't see a returning middle class any time soon .... very very sad indeed

There seems to be some sort of insanity from many of these on the left and I'll note Reich much more than Krugman. (I'd say this site leans left if there is a leaning).

Around the Clinton time period that entire DLC, "globalization" type of agenda really took root, as bad as the GOP.

I think the reason is the corruption in politics.

The reason this site is labeled Populist is so we can differentiate between ourselves and just jumping on some political agenda bandwagon without thought or reason.

Bottom line, Krugman is all over China and talking now about the trade imbalance and you'll see many economists start to look at this because the evidence and statistics are too overwhelming, too damning.

That's at least what I'm interested in, what do the number say, versus sticking to some political dogma that becomes more and more like philosophy or religion instead of paying attention to the statistics. Even the theory really says our current state of dismay would and is happening...

so I don't know what planet some of these are on, except the corporate lobbyists spin machine planet.

That isn't saying expanded trade is bad, it's not, just the way the U.S. has implemented trade.....nothing "free" about it.