We all know Too Big To Fail Banks became even bigger from the financial crisis. We also know previous mergers and acquisitions along with financial deregulation allow banks to own, invest and advise, often on the same transactions or deals. We also know time and time again, this has led to strong conflicts of interest and disaster for shareholders, taxpayers and customers.

The latest is an acquisition deal of El-Paso, a natural gas pipeline operator, by Kinder Morgan, a competitor. Seems Goldman Sachs made off with a $25 million fee for advising El-Paso, all the while having a 19%, $4 billion dollar stake in Kinder Morgan, plus a couple of seats on the Kinder Morgan board to boot.

There is a clear conflict of interest on the El Paso-Kinder Morgan deal. The stink is so bad, Goldman Sachs even brought the wrath of Delaware Chancellor Leo Strine who called the deal tainted with disloyalty. Of course the acquisition of El Paso by Kinder Morgan goes through anyway, in spite of the court admonishment.

Another financial crisis, a prolonged recession, or changing political ideologies could cause a re-examination of the status quo and lead to a decision to break up the big banks. If that should happen, policy makers could well take another look at the Public Utility Holding Company Act of 1935 as a model for accomplishing such a breakup over a limited time span of, say, seven years. The political mood is already shifting. The 1980s mantras -- government regulation as problematic, free-market competition as an unquestioned good, financial engineering as worthwhile innovation and finance as more important than commercial and industrial enterprise -- are now being reconsidered. This could lead to a more responsible balance between government, finance and industry. Dodd-Frank, despite its length and complexity, is only the beginning of real regulatory reform. It's a continuation of the complexity of already overly complex financial and regulatory systems. What we need is a simple regulatory scheme to create a simpler banking system.

Here come the Banksters. It was not enough that so called financial reform is Swiss Cheese legislation, full of loopholes. What regulation is left, the banks are going after and seemingly with help from the Government.

Who is their biggest cheerleader? Why, Federal Reserve Chair, Ben Bernanke. From a regulation speech in Chicago:

No one’s interests are served by the imposition of ineffective or burdensome rules that lead to excessive increases in costs or unnecessary restrictions in the supply of credit. Regulators must aim to avoid stifling reasonable risk-taking and innovation in financial markets, as these factors play an important role in fostering broader productivity gains, economic growth, and job creation.

According to Reuters, Goldman Sachs is having a freak out over the Swiss Cheese Financial Reform bill.

Goldman Sachs Group Inc (GS.N) has just a few more months to put its stamp on the Volcker rule, and it is not wasting any time.

Just when you are lulled into sleep, thinking the financial crisis is over, here comes the World Bank with different ideas. While they start with how the world has economically recovered and all is well, later in the report are some not so swell numbers for the U.S. as well as warnings that the Globe could return to the financial crisis of 2008. Below is the World Bank's latest GDP growth projections for 2011 and 2012. 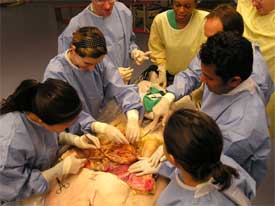 Matt Taibbi has written an autopsy report on the lack of real financial reform and how it happened. In Wall Street's Big Win, Taibbi first sums up what happened in the last decade:

The huge profits that Wall Street earned in the past decade were driven in large part by a single, far-reaching scheme, one in which bankers, home lenders and other players exploited loopholes in the system to magically transform subprime home borrowers into AAA investments, sell them off to unsuspecting pension funds and foreign trade unions and other suckers, then multiply their score by leveraging their phony-baloney deals over and over. It was pure ­financial alchemy – turning ­manure into gold, then spinning it Rumpelstiltskin-style into vast profits using complex, mostly unregulated new instruments that almost no one outside of a few experts in the field really understood. With the government borrowing mountains of Chinese and Saudi cash to fight two crazy wars, and the domestic manufacturing base mostly vanished overseas, this massive fraud for all intents and purposes was the American economy in the 2000s; we were a nation subsisting on an elaborate check-­bouncing scheme.

Many of us contend the dot con bust, 9/11 fueled, offshore outsourcing 2001 recession never really recovered. It was masked by the glorified ponzi scheme described above.

The Financial Reform Bill is now officially a joke. D.O.A. After the worst financial meltdown and still no jobs in the aftermath, we get...lobbyists getting their way in Congress.

The Lincoln derivatives amendment was weakened and watered down. Banks now can keep most of their derivatives. They do not have to spin off 92% of them to affiliate companies.

"Frankly, the biggest part of all these derivatives, by far, are the ones that I named that are going to be able to stay in the bank," Peterson added. "Interest rate and foreign exchange are by far the greatest part of the amount of business that's involved here."

Financial Reform Legislation is D.O.A. according to Simon Johnson, an expert

and watchdog on the Financial crisis. He is not alone in assessing the health of the patient.

At the end of the day, essentially nothing in the entire legislation will reduce the potential for massive system risk as we head into the next credit cycle.

That's right. What managed to get passed is now being stripped in conference, as we warned about and updated on here.

Now lobbyists are after the very weak version of the Volcker Rule:

To secure the support needed for their bill, Senate negotiators are leaning toward creating a series of exemptions to the Volcker Rule that would allow banks to continue to operate these businesses as investment funds that hold only client money, according to several Congressional aides, industry officials and lawyers.

As weak as Financial Reform bills are in the House and Senate, that's not good enough for some. The White House and Legislators want it weaker and are working under the cover of oil disaster to make it so.

UPI is reporting the conference committee has killed derivatives reform. Blanche Lincoln is the one who killed her own amendment, according to the Wall Street Journal. I guess she won her primary so it's back to business as usual.

The latest version would not force banks to spin off their swap desks, but would cordon off the derivatives operations by giving big banks two years to form affiliates to handle the derivatives bets, which are private contracts that hedge against future price changes in various securities.

Unless I'm missing something that is no change at all. SIVs are affiliates, little shell corporations, usually incorporated in the Caymans to hold CDOs and CDSes or other securities. Is there any difference between a Structured Investment Vehicle and this newly coined phrase affiliate? Looks like a duck.....

Since the Financial Reform bill passed the Senate, it will now go to conference committee to resolve the differences between the House and Senate versions. The New York Times has a graphic on the two bills, describing some of the differences and what is not in either version of the legislation, spreadsheet style.

Currently we do not know who the conferees are. They will be determined on Monday. Senator Kaufman:

While there is no certainty in how conferees from the House and Senate might address differences between their two bills, Kaufman said, substantial changes could endanger the 60-vote majority needed to pass the bill in the upper chamber.

"There isn't a lot of wiggle room in the conference, in terms of changing what's in the Senate bill," Kaufman said Friday morning on CNBC.