In January, construction employment dropped 41,000. This was the smallest decline since July of 2008, but only slightly better than the decline of 48,000 during January. Employment in the financial services sector dropped 6,000. 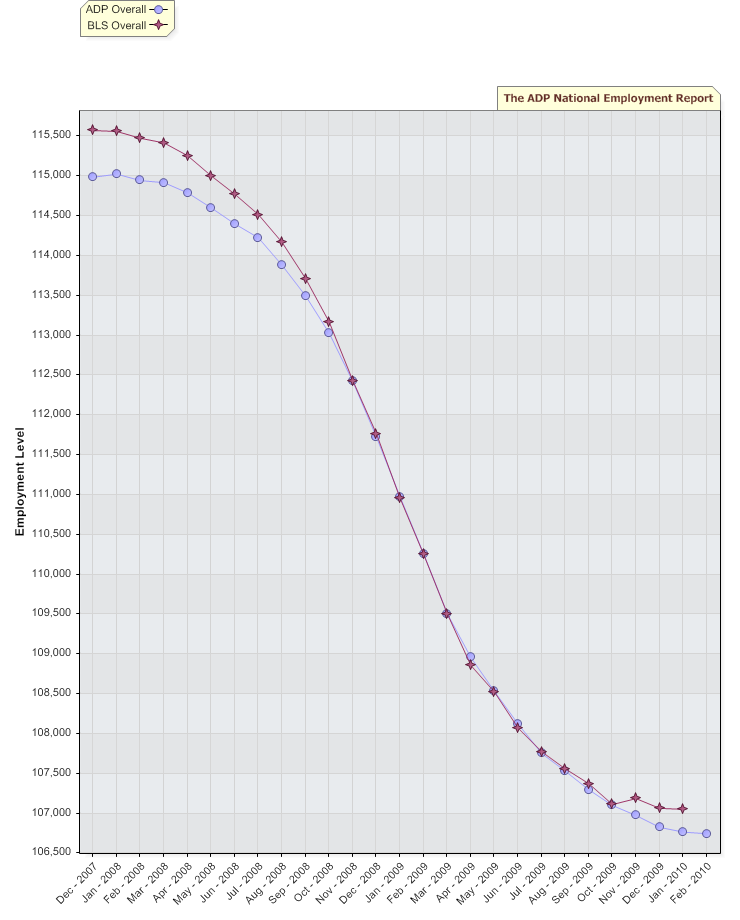 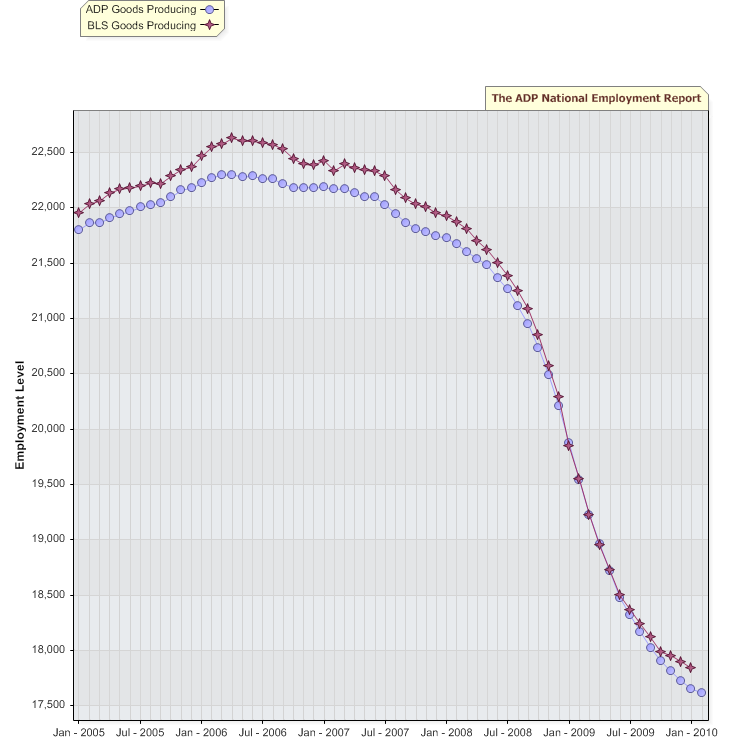 In the report are some long time window graphs to show the ADP, which is only private jobs, and the BLS unemployment statistics correlate reasonably well over time.

The breakdown by sector and within Goods, manufacturing increased 8,000:

So, while it seems job losses have slowed to a trickle, job creation is still nowhere. From the total non-farm payrolls, we can see the 8.2 to 8.5 million (ADP vs. BLS report) job losses, which means we need some serious job creation and yesterday. Stopping the bleeding is not enough.

I made a huge error, major, outrageous on this post. It seems I had both reports open, looking them over and instead of copying text from the Feb. one I had copied January..

not a single person noticed enough to comment! Eek, am I wasting my time here?

i'm reading it - didn't catch your error though

Thanks for letting me know. I did already correct the major mistakes (which were the numbers, not the graphs) when I came back and saw what I had done, but at least people are reading these. I'm trying to put some insight, past or different from what others amplify or just the reports themselves say, so that's good to know.

I try not to make mistakes, but if I do, I hope someone will alert me to numbers that don't add up or conclusions they disagree with (legitimately).