Right after the election, which in part was about protecting social security and Medicare from being gutted, we have the threat of that actually happening under the guise of the Fiscal cliff. We mentioned this was the real perfect economic storm earlier. Economist Bill Black discusses this grand bargain below and points out this great betrayal would actually throw the U.S. into a recession just as much as the fiscal cliff would. The grand bargain is austerity.

What's missing from the great cable noise, political rancor machine is the real effects of fiscal cliff components on GDP and jobs.

The biggest lie comes from the GOP like a tribal drum beat from the political jungle. The fact is personal income tax cuts on the wealthy do not create jobs. We've shown tax cuts for the rich do not create jobs in great detail here and here. Conclusions are everywhere that tax cuts for the rich only increase income inequality. We've pointed out the Bush tax cuts increased wealth disparities and recently so did the Congressional Research Service.

Another source of revenues not mentioned by the GOP is finally closing the tax loophole which pays to offshore outsource your jobs. There are trillions in untaxed profits offshore and changing this loophole to give corporations tax incentives to hire U.S. citizens could be a double whammy for increased revenues and a direct jobs stimulus. We also hear nothing about stopping tax havens corporations use to avoid paying taxes, like the Cayman Islands. Tax havens never seem to be on the deficit reduction table. This should be no surprise since Obama signed a Panama trade treaty which enabled even more tax havens in Panama.

Yet another tax proposal we never hear about is a Tobin, or transaction tax on high frequency trades. High frequency trading adds systemic risk into the system and crafting a tax policy to put speed bumps on the nanosecond trading superhighway could assist in slowing down Wall Street's Autobahn of trading wrecks.

Paul Krugman has called for letting the fiscal cliff happen, if that's what it takes to increase the personal income tax rate of the wealthy. Obama made a public challenge to the GOP. Notice there is no hint of protecting social safety nets in the below statement.

I’m not wedded to every detail of my plan. I’m open to compromise. I’m open to new ideas. I’m committed to solving our fiscal challenges, but I refuse to accept any approach that isn’t balanced.

In his televised statement Obama said to at least go ahead and extend the lower tax cuts, quickly.

That one step -- that one step would give millions of families, 98 percent of Americans and 97 percent of small businesses, the certainty that they need going into the new year. It would immediately take a huge chunk of the economic uncertainty off the table. And that will lead to new jobs and faster growth. Business will know that consumers, they’re not gonna see a big tax increase. They will know that most small businesses won’t see a tax increase.

And so a lot of the uncertainty that you’re reading about that will be removed. In fact, the Senate has already passed a bill doing exactly this. So all we need is action from the House.

While President Obama's statement seems smart, for it puts the blame for a recession squarely on the GOP, there is no disowning the grand bargain disguised austerity. At the same time, markets are already tanking on the prospect of yet another economic disaster courtesy of the GOP. The fact the GOP won't jump on this offer and protect their donor class, Wall Street, shows who divorced from economic and financial reality Congress really is.

The Congressional Budget Office has given a scoring breakdown of each component of the dreaded Fiscal Cliff. Below is the CBO chart for various fiscal cliff components and their effect on Q4 2013 GDP. 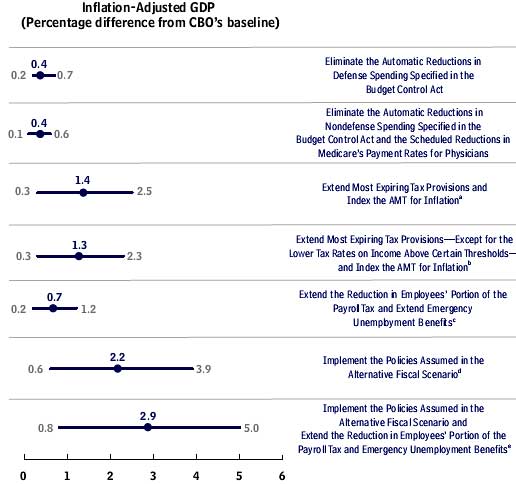 The below chart gives the CBO Fiscal cliff component breakdown on employment for Q4 2013. 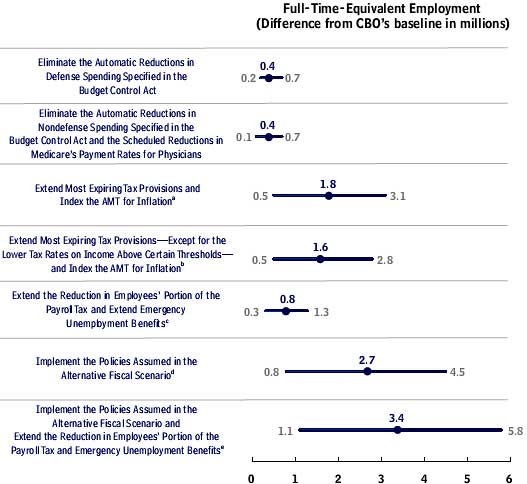 The CBO gives more credence to tax cuts for the rich than we believe are real, from the historical trend. That said, they attribute 0.1 percentage points for Q4 2013 GDP and 200,000 less jobs. These are their assumptions and we can see, the scoring isn't just personal income tax for those with incomes above $200,000, but also includes capital gains and other taxes not listed. We suspect an expired R&D tax credit is mixed up with these personal income tax rates, which would explain the damping effect on GDP and employment.

This component incorporates extensions of title I of the Tax Relief, Unemployment Insurance Reauthorization, and Job CreationAct of 2010 (which extended for 2011 and 2012 income tax provisions enacted in 2001, 2003, and 2009) except for the reductions to the top two tax rates on ordinary income and to the tax rates on capital gains and dividends for taxpayers filing jointly with income above $250,000 and for single filers with income above $200,000 (with both thresholds indexed for inflation since 2009); of the elimination of limits on itemized deductions and personal exemptions except for those high-income taxpayers; of title III of that act (which modified estate and gift taxation for 2010 through 2012); and of about 80 other tax provisions (many of which expired at the end of December 2011). It also incorporates indexing the AMT for inflation.

Pretty astounding that liberal groups are the ones who just got Obama re-elected in large part. Now these same groups, a total of 146, are fighting tooth and nail to stop Obama from cutting social security and Medicare under the guise of fixing the fiscal cliff.

As you work to craft a resolution to these economic and fiscal challenges, we urge you to embrace the call of the American people to focus on job creation and avoid any actions that would cost jobs, oppose benefit cuts for Social Security, Medicare, and Medicaid, protect our nation’s safety net, and oppose any extension of the Bush tax cuts for the richest 2 percent of Americans [...]

Given the current state of the economy, we have serious concerns that many of the proposals under consideration would require substantial reductions in federal investments, removing even more money from the economy and burdening many of the same working families that have already borne the brunt of our nation’s deficit reduction efforts.

Think about the insanity of this. People fought and voted to protect social security and Medicare and as we predicted. Romney lost in part by his choice of Ryan and the agenda to destroy social safety nets. Now, immediately after the election, the same people who fought to re-elect Obama are lobbying hard that the President not ...destroy what's left of our social safety nets. 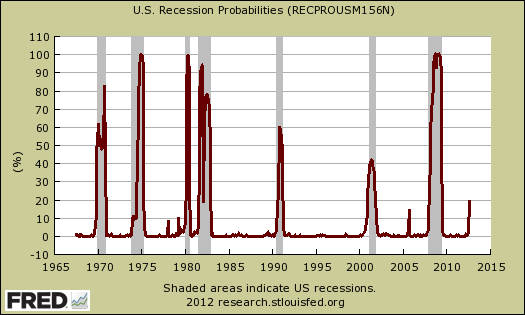 One can tell how much in danger we are of having social security and Medicare benefits cut by simply looking at news aggregators. The more article plants one sees claiming we must elimate or reduce the cost of living adjustments to social security there are, the more we are in grave danger. Social security has absolutely nothing to do with budget deficits and doesn't even enter into those figures. Below is an interview with defiant Senator Bernie Sanders on how we need to protect social security and medicare.

The latest is Obama has vowed to veto any bill which does not let the Bush income tax cuts for the top tier income brackets to expire.

Notice we don't have a vow to veto cuts to social security, which has nothing to do with the fiscal cliff or budget deficits.