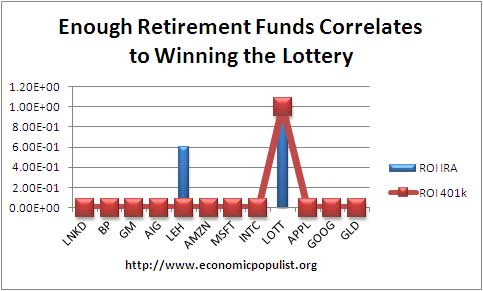 House Budget Committee Chair Paul Ryan has already endorsed our retirement plan. We're now selling all of our worldly goods to buy lottery tickets and camp out in front of the mega millions lottery door, where we'll stay until we receive what is rightfully ours. After all, what do economics matter when one has a 1:176,000,000 chance at becoming a millionaire? We also have created a proprietary, patent pending winning lottery number frequency analysis algorithm! For only $49.95 you too can increase your chances of winning to 1:176,000,001!*

Now that we're rich jackpot winners by future projections, here are some brilliant new technology products to invest those new found millions in. These innovations are bound to capture the hearts and minds of consumers. Silicon valley Venture Capitalists are pouring money in these groundbreaking technological advances and IPOs for the below new ventures are in the works.

Google will finally capture large market share by supporting Nintendo Entertainment Systems. Too many times popular products go ignored and unsupported by Google. No longer! Imagine the market expansion and consumer reach Google will achieve by breaking into this once proprietary market.

Not to be outdone, YouTube is finally available on DVD! Imagine the increase in market share. This new YouTube product expansion is what we've all been waiting for. Finally, Google will break into the China market. North Korea is also on board with over 1,000,000,000,000,0000 DVDs already sold. Check it out!

We all know mobile devices are still too clunky. Anyone who has traveled on Air France coach knows using portable devices are just too big and interfere with the Air France prying tool used to pop people out of their seats. Now Sony has hit a milestone with a new product launch, the Sony VAIO® Q. Check out the new team collaboration features!

We all know qwerty keyboards are much too large for today's mobile devices. Looking to fill the void in consumer demand for smaller footprint, Google has launched a novel game changer paradigm shift revolutionizing keyboard technology. Introducing Gmail Tap!

Yet another killer app is the initiative to modernize the rotary phone. Gomo's product roadmap shows rotary phones will be completely integrated by 2023 so invest now! Roku is a never ending innovator, with advanced features like removing digital audio out and even banishing Ethernet ports. Roku has finally created a remote control which also gives you rock hard Abs!

Reddit is also in the news as they have just incorporated a new open source time travel API and platform into their social news site:

Using never-seen before time travel technology, in addition to news, we are now able to offer olds, soon-to-bes, and everything in-between. We’ve taken the most interesting eras of the past and future and condensed them into new areas called “timereddits”.

No longer will you be shackled to the present-centric bias rampant on the internet. Simply peruse the new reddit timeline™ bar on the front page to view the hottest stories of any timereddit and communicate with peoples of distant lands and times.

Now is the Time to Invest in Virgin 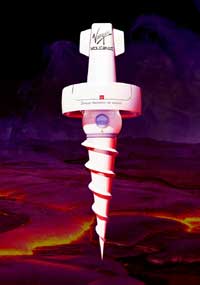 Virgin is launching a new air service, if you don't get into this puppy fast you'll be left in the investment dust!

Using patented carbon-carbon materials pioneered for deep space exploration, Virgin is proud to announce a revolutionary new vehicle, VVS1, which will be capable of plunging three people into the molten lava core of an active volcano.

Moog, the great music synthesis innovator is at it again. They will surely dominate the world of sound with their new organic base pack sound library. Additionally, Moog is on the innovation path with inroads into odor technology

Acquisitions Sure to Make Us Rich

Pirate Bay, the online place to find illegal downloads, has just bought Greece's airspace in a fire sale. Free bits across the sky as Pirate Bay expands, allowing us to get other people's work for free, available to all. Additionally Google has acquired the Nigerian banking system. 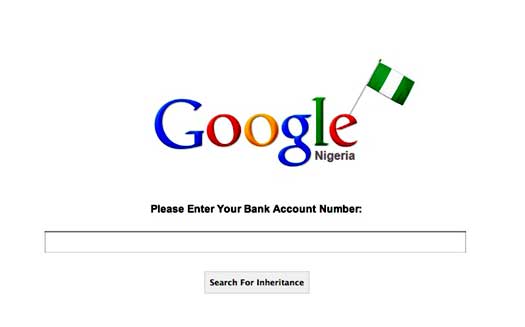 Google, those great innovators, have also launched a new JV (that's joint venture for those of us in the know), with NASCAR. The time to get into this one is now. This baby will vector to space, we guarantee it!

In other news which affects your investment strategy portfolio:

The Obama administration finally released the TPP trade agreement draft, previously kept secret from most of Congress and the public. Public Citizen has the story:

We thought the secrecy could not get worse than when the previous U.S. Trade Representative (USTR) Ron Kirk actually admitted under Senate Finance Committee questioning in March that he would not release the TPP text because doing so would ensure he could never complete the deal," said Public Citizen's Sunshine Isthebest. “Then the new USTR, Vlad von Dracula, announced that not only would the text never be made public until the deal was set in stone and unchangeable, but that negotiations could no longer be conducted during daylight hours to minimize the chance that those who will live with the results could get a peek.

In political news which affects your portfolio, Occupy Boston Dissolves, Occupy Wall Street is calling for the election of Goldman Sachs and another branch of OWS endorses Ron Paul.

A major new research report – released this weekend by the renowned international consulting firm, IMS – finds conclusively that implementation of the proposed Volcker Rule would damage not just the irreplaceable Muppets but also “all children-oriented television or other media-based educational program content.”

For more great innovations of 2012 and where to place your investment dollar, see these April Fool's collections:

My favorite is Gmail tap. CQ

I have to take it seriously! QRZ

It makes sense. Speak binary to binary machines. It's all binary anyway. Ask any YinYang!

FCC never should have removed Morse proficiency from Ham Radio licenses! But that won't be much of a problem -- kids will catch up in no time. It's the new texting.

I'd say my favorite was Google tap too. Anyone with a background in R&D should be rolling on the floor with these, but I think technology is now incorporated into everyone's daily life, most people are gonna get it.

I cannot tell you how many meetings and situations where presentations are about on this level and people are SERIOUS!

I'm thrilled Moog got into the mix (he he).

I don't think I've personally laughed out loud to that extent in a while and we know I put together those economic funnies collections, so I look over a lot of funny stuff!

I was wondering why site traffic was so down and no comments, only to discover the comment posting was broken on the site! Sorry about that. I'm working on fixing it as I type and I'm trying something new to make anonymous comments easier, yet keep out the spambots (they attack any site ad nauseum). I thought maybe this post had laid a big egg, and I was thinking bummer because I had such fun with it.

I mean come on, it's going over a week where "the lottery" is front page news. That is simply obscene, it's gambling, it's not a story and I think ever day there is a drawing somewhere for a multi-million dollar lottery. They somehow tapped into America's gambling addiction and put the crowd, in masse, in mass hysteria.