I really don't know why the administration doesn't take the "mint the trillion dollar platinum coin" option seriously. It is, as far as I can tell, perfectly legal. - Eschaton

The quote above is in reference to this Firedog Lake post on the Fiscal cliff and the latest Republican Doomsday plan for dealing with the fiscal cliff:

It’s quite simple: House Republicans would allow a vote on extending the Bush middle class tax cuts (the bill passed in August by the Senate) and offer the president nothing more – no extension of the debt ceiling, nothing on unemployment, nothing on closing loopholes. Congress would recess for the holidays and the president would face a big battle early in the year over the debt ceiling.

FireDog Lake responded to this news of the GOP economic bomb with:

if the vote includes just the Senate bill, where does that leave us? On January 1, taxes go up on not just the top marginal rates, but on every income earner, when the Bush tax cuts expire. Two million people immediately lose their unemployment benefits. Medicare reimbursement rates drop 30%. The sequester on defense and discretionary spending goes into place, and while OMB has the ability to lessen the impact there for several weeks, they can’t hold back the tide forever. And the country will hit the debt limit by the end of February or the beginning of March.

Once again the Obama administration refuses to label China a currency manipulator. This is when the U.S.-China trade deficit looks on target to hit $300 billion and China just slapped the United States with a unjustified 22% additional tariff on American SUVs.

In the U.S. Treasury's Semi-Annual Report to Congress on International Economic and Exchange Rate Policies, team Geithner and the Obama administration literally refuse to label China a currency manipulator in spite of overwhelming evidence.

The Report highlights the need for greater exchange rate flexibility, most notably by China, but also in other major economies. Based on the ongoing appreciation of the RMB against the dollar since June 2010, the decline in China's current account surplus, and China's official commitments at the G-20, APEC, and the U.S.-China Strategic and Economic Dialogue (S&ED) that it will move more rapidly toward exchange rate flexibility, Treasury has concluded that the standards identified in Section 3004 of the Act during the period covered in this Report have not been met with respect to China. Nonetheless, the movement of the RMB to date is insufficient. Treasury will closely monitor the pace of RMB appreciation and press for policy changes that yield greater exchange rate flexibility, a level playing field, and a sustained shift to domestic demand-led growth.

On Friday, the witching hour of government press releases they want no one to read, the Treasury Department announced they will block regulation of large classes of derivatives:

Treasury is today issuing a Notice of Proposed Determination providing that central clearing and exchange trading requirements would not apply to FX swaps and forwards.

This proposed determination is narrowly tailored. FX swaps and forwards will remain subject to Dodd-Frank’s rigorous new trade reporting requirements and business conduct standards. Additionally, the Dodd-Frank Act makes it illegal to use these instruments to evade other derivatives reforms. Importantly, the proposed determination does not extend to other FX derivatives, such as FX options, currency swaps, and non-deliverable forwards. These other FX derivatives will be subject to clearing and exchange requirements.

The entire press release is almost burying the announcement for no regulation of FX swaps and forwards. Multinational corporations use FX swaps to hedge on currency fluctuations. According to Better Markets, this will bring out the financial engineers for some sort of derivative trickery fiction: 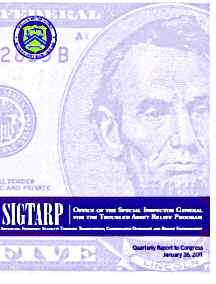 The Treasury Department once again, refuses to call it as it is and label China a currency manipulator.

This report is as disappointing as it is unsurprising. It's clear it will take an act of Congress to do the obvious and call China out for its currency manipulation.

The Alliance for American Manufacturing:

"It's clear that China's announcement before the G-20 last month was nothing more than a charade, but the Administration seems to have fallen for this rather unbelievable promise.

"Congress must pass strong legislation to address China's currency manipulation so that America's workers and businesses can compete on a level playing field.

"We will never double exports unless we stop China's cheating.

"This is a step backward."

Don't think it's just Democrats blasting the administration for refusing to confront China, Republicans are as well.

The New York Times has a detailed interview & article with Pimco's Bill Gross in Treasury has Bill Gross on Speed Dial. While the article is a nice warm fuzzy on guy pulling himself up with his own bootstraps, outside the box brilliant business acumen etc., some very interesting pieces of information are revealed about Pimco, Bill Gross and the Treasury's PPIP plan.

First is this tidbit:

Last fall, the Federal Reserve Bank of New York, run at the time by Mr. Geithner, hired Pimco — along with BlackRock, Goldman Sachs and Wellington Management — to buy up to $1.25 trillion in mortgage bonds in an effort to keep interest rates from skyrocketing.

The Obama administration is considering asking Congress to give the Treasury secretary unprecedented powers to initiate the seizure of non-bank financial companies, such as large insurers, investment firms and hedge funds, whose collapse would damage the broader economy, according to an administration document.

The government at present has the authority to seize only banks.

Giving the Treasury secretary authority over a broader range of companies would mark a significant shift from the existing model of financial regulation, which relies on independent agencies that are shielded from the political process. The Treasury secretary, a member of the president's Cabinet, would exercise the new powers in consultation with the White House, the Federal Reserve and other regulators, according to the document.

While America hits a record number for food stamps and the Auto industry goes beggin' and pleadin' to save their companies, AIG hands out massive executive bonuses and salaries!

Ah, utility companies are shutting off the power as more people cannot pay their bills.

In Pennsylvania, PPL Corp. increased shutoffs by 78% in the first three quarters of the year compared with the same period a year earlier
....
In Memphis, Tenn., the city-owned utility that supplies electricity, natural gas and water to residents cut off 38% more people in the first eight months of the year

Bear in mind that when the MNBA bill, oops I mean bankruptcy reform passed in 2005, this stopped many people from being able to get out of their debts.

If that's not enough:

We're finally seeing the possibility of homeowners in trouble getting a break.

The U.S. Treasury and the Federal Deposit Insurance Corp. are considering a program that may offer about $500 billion in guarantees for troubled mortgages to stem record foreclosures, people familiar with the matter said

The plan, which might put as many as 3 million homeowners into affordable loans, would require lenders to restructure mortgages based on a borrower's ability to repay

It's All About Privatizing Gains and Socializing Losses - 29591 reads
What Makes a Jobs Bil Work? (A Job Insurance Supplement) - 60581 reads
The Equation Defined - 25449 reads
Holy Cow Batman! SIGTARP Barofsky says U.S. on the hook for $23.7 Trillion in bail out! - 99196 reads
News Flash - Women are Equal to Men - in Terms of Losing Their Careers! - 26145 reads
Cap & Trade - New Derivatives Market for Wall Street - 26700 reads
Unemployment during the "Great Recession": a Continuing Structural Change in the Economy - 36632 reads
I see your Milton Friedman, and I raise you James Madison - 23782 reads
Welcome to "Economic Purgatory" - 32972 reads
The Case for a V-shaped Jobs Recovery - 16719 reads