The Structure of Financial Supervison: Approaches and Challenges in a Global Marketplace 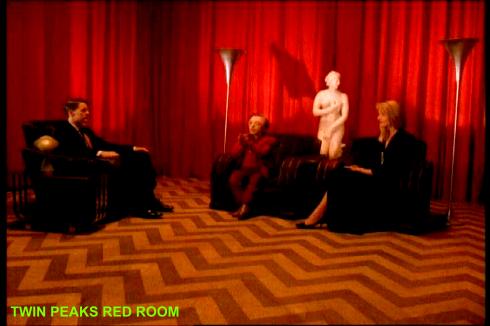 Both Presidential campaigns have mentioned major structural and regulatory reforms of the financial systems. Volcker is advising Obama and please note, the other paper authors, many are from surviving financial institutions and yes, yet once again, Goldman Sachs is represented.

Four separate approaches to market regulation are identified. They are:

The Institutional Approach is one in which a firm’s legal status (for example, a bank, broker-dealer, or insurance company) determines which regulator is tasked with overseeing its activity from both a safety and soundness and a business conduct perspective. (China, Mexico)

The Functional Approach is one in which supervisory oversight is determined by the business that is being transacted by the entity, without regard to its legal status. Each type of business may have its own functional regulator. (Italy, France)

The Integrated Approach is one in which a single universal regulator conducts both safety and soundness oversight and conduct-of-business regulation for all the sectors of financial services business. (UK, Germany)

The Twin Peaks approach, a form of regulation by objective, is one in which there is a separation of regulatory functions between two regulators:  one that performs the safety and soundness supervision function and the other that focuses on conduct-of-business regulation. (Australia, The Netherlands)

What is most interesting is the United States is the exception to any of the above structures. It appears the cause is the Gramm-Leach-Bliley Act

The Financial Modernization Act of 1999, also known as the Gramm-Leach-Bliley Act (GLBA), repealed provisions of the Glass-Steagall Act that restricted the ability of bank holding companies to affiliate with securities firms and insurance companies.
GLBA substantially modernized the U.S. financial services industry, but it made only incremental changes to financial services regulation. As a result, U.S. financial conglomerates can now operate in virtually all areas of financial services, but the regulatory structure remains largely institutional.
Attempts to address functional regulation under GLBA, whereby the regulator that is responsible for the activity will supervise that activity, were minimally successful, because the provisions of the Act were subject to numerous exceptions that were highly negotiated in the legislative process
and immensely difficult to implement.

In other words the regulations were repealed plus your classic lobbyist loopholes were strewn about the place making ineffective US regulation (Yes that's my interpretation). Translated further, free for all or the worlds largest gambling casino is our current system.

Credit Default Swaps (CDS) are also mentioned in this report:

There has also been explosive growth in the credit default swaps market. When ISDA first began surveying this activity at year-end 2001, the total outstanding notional amount of credit default swaps was $918.9 billion. By year-end 2007, it was $62.2 trillion—a growth of nearly 37 percent in the second half of 2007 alone. Securitization products, which are structured to finance assets such as mortgages, credit card receivables, and auto loans, became enormous businesses for financial services firms during this period.

Unfortunately, it is now apparent that there were serious flaws in the creation of some of these products, including inadequate mortgage underwriting practices and insufficient historical data, contributing to overly optimistic financial modeling used by the firms that structured these products, and by the credit rating agencies that rated them. It also appears that increased reliance was placed on credit rating agencies and that independent credit analysis by many market participants was severely wanting.

Considering Volcker is advising Obama, one can bet they are looking at this twin peaks regulatory reform being recommended. It appears the current Fed are also recommending this.

Now, good thing or a bad thing, frankly this is all way over my head. But, considering just how much bad regulation, financial structures can affect our lives, I think we should start paying attention to this now to garner public exposure.

America cannot have yet another time bomb. A great mystery cannot crawl out, wreaking havoc. The middle class is in a regulatory red room, enter a backwards talking midget dancing ...the words decoded mean taxpayer funded trillion dollar bail out that doesn't even work.

...in charge. He was totally freaked out about inflation. Of course the Upper Tenth, an 1890s and early 1900s name for those who were in the top .1 of 1% in wealth...time to bring that sucker back I do believe, views inflation with utter horror as it is not good for their massive piles of non-productive wealth.

Wasn't to hot for us little people either but that's another story...

Will give this Twin Peaks idea a read. Frankly the first thing we gotta try an stop is the Pelosi Democrats enabling Boosh and his 'Wreckers', see Russian Revolution from doing anything more to 'fix' things.

As any thinking organism would expect...

They have no idea what they are doing.

globalized rehaul of the financial structure is obviously in both administration's game plans and I agree, Volcker is the one who rallied in the Reagan "supply side" era and did harsh rate hikes which threw the country into recession, did stop the inflation. Carter was forced to nominate him to the Fed because of poliitical pressures and the economy was really bad. These cats seem to think there is no easy slide down on anything. I don't see any evidence to that prescription.

Although Greenspan has been cited often as one of the main causes of this mess by keeping interest rates way too low for way too long...

I'd rather have Volcker than Greenspan involved!

Overhauling the entire regulatory structure as we just saw can royally screw the economy...

I read through this report though and to me it's fairly good but I am highly suspect of this "twin peaks" structure versus going towards the institutional one.

Did anyone notice that McCain just suggested a refinancing at reduced , low fixed rate FHA 30 yr...of distressed homes about to be foreclosed on?

I know we all think he's a putz but this idea happens to be highly recommended by economists and both sides of the isle...

it kind of slid right by and should be promoted.

and I also notice Obama sure does not have this in his plans and it's one of the key issues to stop the foreclosures.

He sounded like a damn Progressive when he said that...

Anyone else going to acknowledge this even though we're all a bunch of lefties?

Seriously. (and yes he sucks on health care, but when someone actually presents a plan that so many economists are saying will work...hell man, they deserve some credit).

Great idea, and the sort of demand side bottom up approach that is needed to stabilize the housing bust, it did slip in other the radar and caught many by surprise.

It's truly absurd too for both parties to sit there and talk about "tax cuts" when this is going on. Positively ridiculous.

I saw one of those focus groups on CNN and basically the undecided were saying they both suck and don't offer real solutions and do not describe the real problems...

it's like "whose rhetoric" sounds a little better and that's clearly Obama. I appreciated those people's disgust at all of this for that is certainly where I am at.

Can we ever get policy that is responding or addressing the real statistics on what is going on and they actually listen to real experts?

Bonddad had said in a recent article that there is no question that no matter who ends up being president they will have to raise taxes, ala "read my lips"

Why don't these guys just come clean? conventional swisdom would suggest that democratic tax increases mmight be a little fairer and progressive, but who really knows?

Has a quick facts (pdf) on McCain vs. Obama vs. us on tax cuts.