The rich get richer and income inequality in America continues with no end in sight.  The latest evidence is from the social security administration  The gap between rich and the rest of us continues to grow.

The social security administration keeps statistics on average and median wages as reported on Federal income taxes and contributions to deferred compensation plans.  They use income tax data to calculate your social security benefits.  Below is a chart of the average wage and median wage from 1990 to 2012.  Median means 50% of all wage earners earned that wage or less. 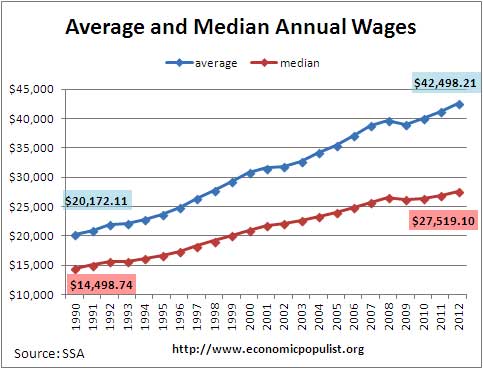 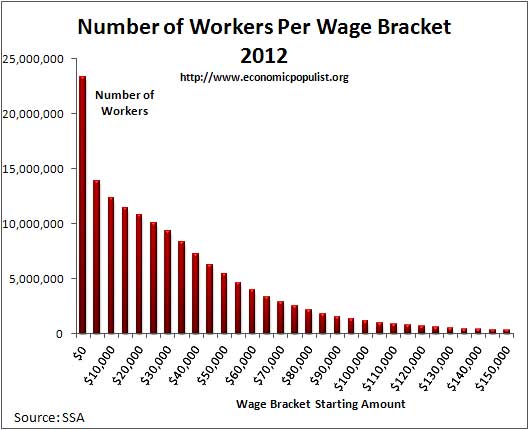 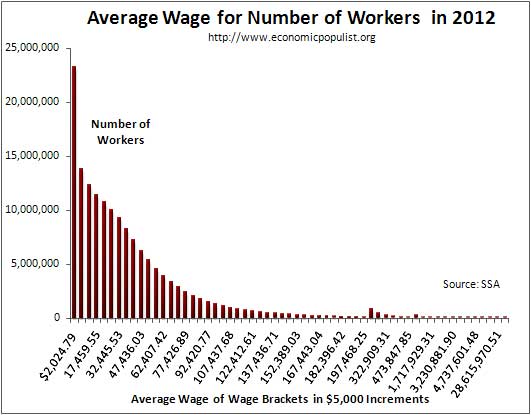 Welcome to the new feudal kingdom formally known as America.  Income is so unequal we wonder if it compares to the days of the aristocracy and the proletariat.  CEO worship and press articles glorifying their mansions, lifestyles and billions abound.  Yet their lives have little to do with America for almost no one will ever see that kind of paycheck  The reality is those earning less than a million dollars a year is 99.9% of all wage earners.  More interesting 99% of us have only 86% of the total net compensation.  Even more outrageous, 99.92% of wage earners have only 95.4% of the wage income in America.  Most Americans make less than $30,000 a year. Yet 53.2% of wage earners only have 15.6% of the total net compensation. 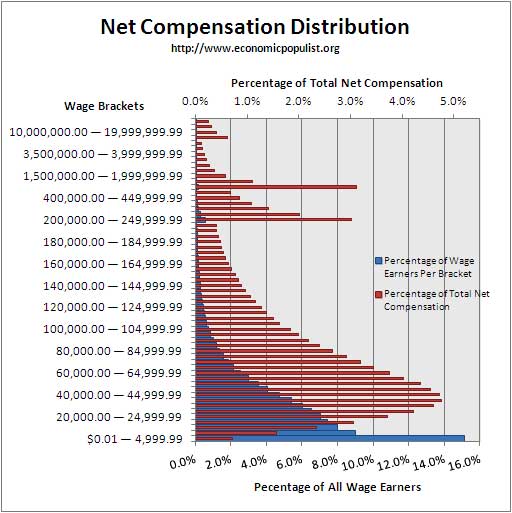 To put this in perspective, the top wage bracket is over $50 million and over.  One hundred and sixteen people have net compensation at or above $50 million per year.  As a percentage of total wage earners, these 116 individuals represent 0.00011% of the total income earners in 2012, an incredibly small number.  Yet this special group of 116 received 0.25% of the total net compensation earned in 2012. That means as a group, these $50+ millionaires have 2293 times more money distributed to them as a population size than those earning $45,000 a year.  Those making less than $5000 a year are only getting 0.7% of the total compensation pie, as a group  This is income inequality as it's finest and is way worse than it was in 2011 as the $50 million plus club added 23 more income earners in 2012 and grabbed even more of America's income pie. 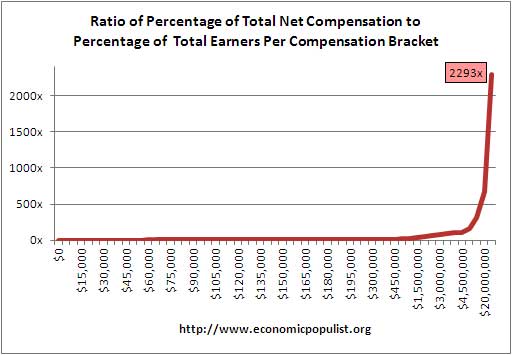 Below is a graph showing the ratio of the median wage to the average wage.  In a space of two decades we see a significant downward slide.  In 1991 the median wage was 72.05% of the average wage.  By 2012 that percentage had slide all the way to 64.75%.  This is a sure fire indicator the super rich are getting more and more wealthy while the rest of America struggles and earns peanuts. 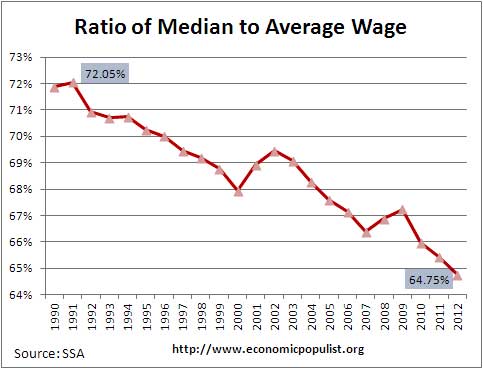 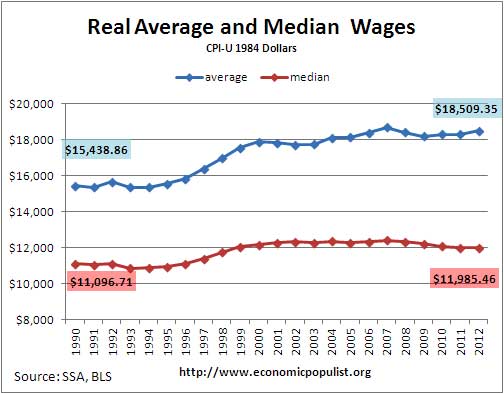 The bottom line here is the rich are getting richer and most of America continues to get squeezed.  More importantly, we have no idea how so many millions of America's working poor can even survive.  These wages are simply not enough to live on.  The median apartment rent is $736 a month or $8832 a year. Yet the median wage is $27,519.10 before taxes.  Plug that figure into a federal tax estimator and smoke it.  Even in a state with no taxes the take home pay is around $20,000 a year.  This puts the median rent to be 44% of take home pay, way to high of a percentage to be going to the landlord.

It is no wonder America is in a cycle of perpetual debt and despair.  The money to pay the bills has to come from somewhere and it sure ain't coming from people's employers as evidenced by these statistics.