If for no other reason, the Republican party's ABSOLUTE REFUSAL to raise the federal minimum wage should be the best reason for why the GOP should lose the 2016 congressional elections. Republican voters (who might earn more) should understand that, by setting the ground floor for the lowest federally mandated minimum wage, that also puts great pressure on their employers to raise their wages as well. How can their bosses explain to a factory worker in Tennessee (or elsewhere) that McDonalds employees are earning more than they are?

Happy New Year from the Economic Populist!  Let's hope 2014 is better economically for most of us as 2013 was another real dog for most of America.  Wall Street was on fire and the investor class made out like bandits while real robust job growth still has not materialized.  2013 is the year the middle class was completely ignored.  Still broke, still jobless or working with low wages and eroding worker's rights, America's middle class was pummeled yet again.

The rich get richer and income inequality in America continues with no end in sight.  The latest evidence is from the social security administration  The gap between rich and the rest of us continues to grow.

Happy Labor Day!  The national holiday came about as an actual day of contrition by Congress for murdered striking railroad workers, although a union, the Knights of Labor, had been organizing celebrations before the Pullman Strike, along with the Central Labor Union.

The Dow hit a record high yet for most of America this means little.   While some fawn and fan over the high rise stock market, here are some stories that actually matter to real people with real lives.

The loss of the Hostess Twinkie is a symbol of a new era for the American worker. Chemical cupcakes usher in the race to the economic bottom, where the new business operandi is the stripping of worker wages and benefits. Gone are middle class incomes and lifestyles for most. Here are temporary jobs, no benefits and assuredly no retirement. America has been sliced, and diced, just like Wonder Bread.

Multifactor productivity for the private business sector excluding farms had the largest increase in the history of record keeping for 2010. So states the BLS in their report. 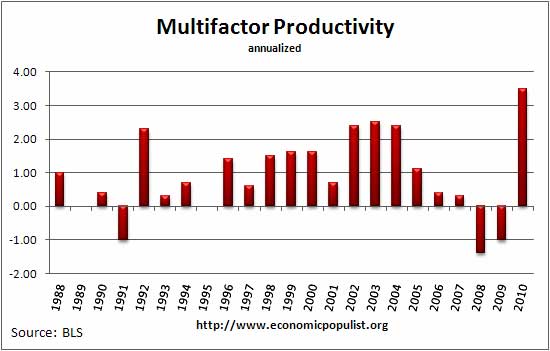 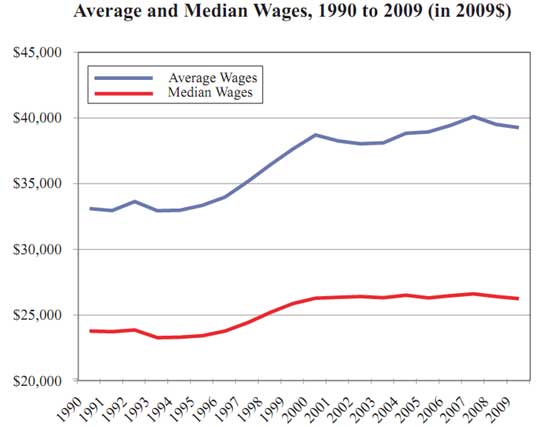